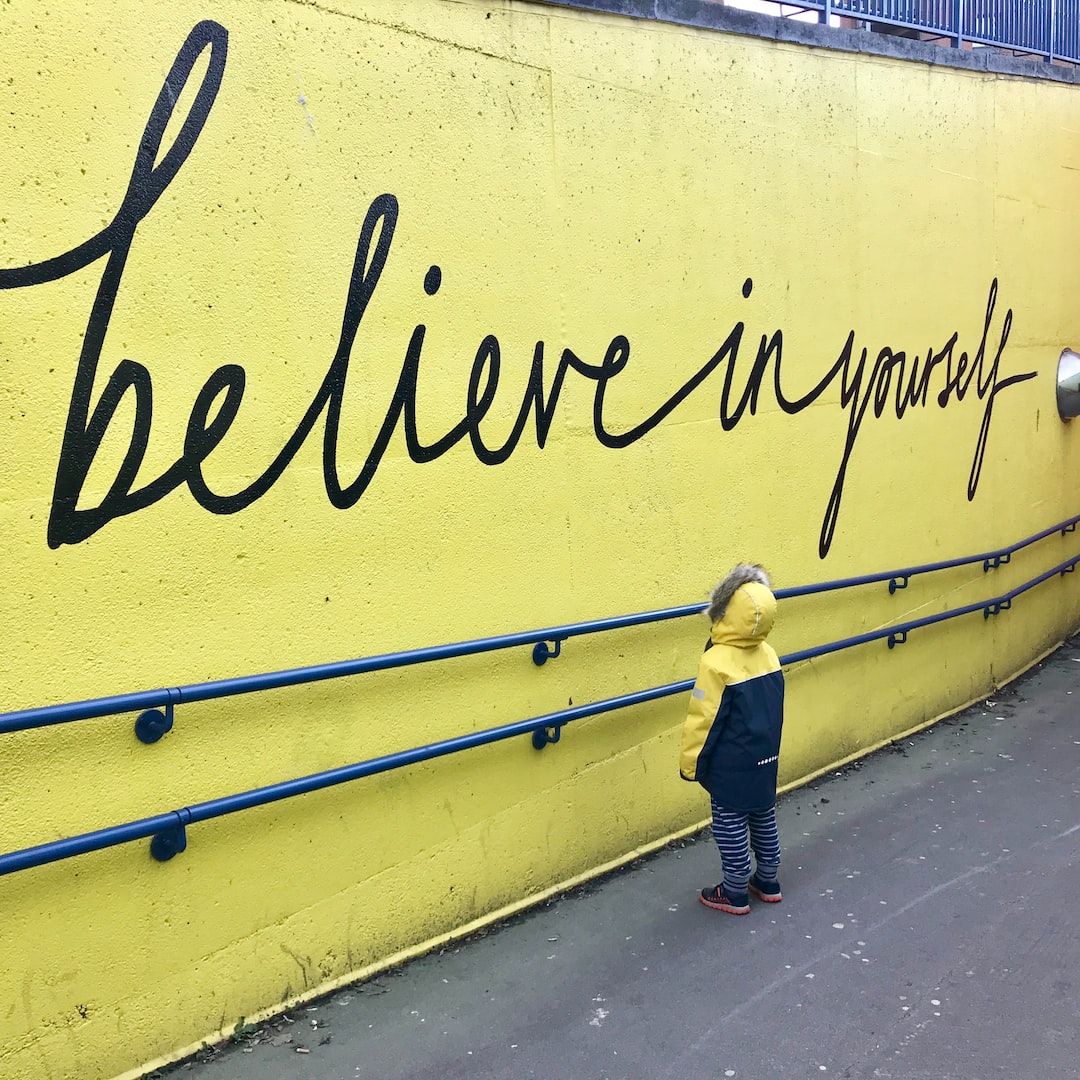 When you’re in need of credit, it can be easy to fall victim to predatory lending scams. Whether demanding an exorbitant interest rate on a payday loan, taking your car title as collateral, or pushing a bigger mortgage than you can afford, there are many ways unscrupulous lenders try to take advantage of borrowers.

Predatory lenders often target the most vulnerable, such as someone who has recently lost a job, has poor credit, or just doesn’t know what to watch out for. Black and Latinx communities, in particular, have long fallen prey to abusive lending practices.

Fortunately, there are laws aimed at protecting borrowers against loan sharks and other predatory lenders. These laws cap interest rates, ban discriminatory practices, and even outlaw some types of lending. While Congress has passed some federal credit laws, many states have taken the initiative to rein in predatory lending. With both the rules and credit products constantly evolving, it’s important to familiarize yourself with the latest regulations.

Predatory Loans and How They’re Regulated

Efforts to combat predatory lending have been going on almost as long as people have borrowed money, beginning centuries ago when various religions condemned the practice of usury or charging unreasonably high-interest rates.

In the U.S., a patchwork of laws at the state and federal levels have been crafted to protect borrowers, but they sometimes struggle to keep pace with evolving predatory practices. Here are some examples of predatory loans, as well as the specific laws and regulations relevant to each type of financing. Knowing the characteristics of these loans can help you recognize one if it’s offered to you and avoid being caught. It’s not always easy to tell.

Subprime mortgages, which are offered to borrowers with weak or subprime credit ratings, aren’t always considered predatory. The higher interest rate is seen as compensation for subprime lenders, who are taking on more risk by lending to borrowers with a poor credit history.

But some lenders have aggressively promoted subprime loans to homeowners who can’t afford them—or sometimes qualify for more favorable loan terms but don’t realize it. Such unscrupulous tactics occurred at a mass scale in the lead-up to the subprime mortgage crisis in 2008, which resulted in the Great Recession.

The fallout from the financial crisis hit Black and Latinx homeowners the hardest. Many of the same neighborhoods that had for decades faced racial discrimination in getting access to mortgages, a practice known as redlining, became targets of so-called “reverse redlining” by predatory lenders charging high interest rates.

Black and Latinx homeowners were more likely to be targeted by subprime lenders, one study found, even when taking into consideration factors such as credit scores and how much income goes toward housing and debt costs.

Discrimination remains a problem, according to another recent study, which found that racial gaps in mortgage costs have persisted over the past four decades.

In turn, discriminatory mortgage practices have exacerbated the racial wealth gap, according to the Urban Institute, with Black homeowners having built up little more than a quarter of the housing wealth of White homeowners.

Over the past six decades, significant progress has been made in protecting homeowners from abuse and discrimination, despite the persistence of predatory practices. In 1968, two new laws took different approaches to strengthen homeowners’ protections—and they continue to evolve. The Fair Housing Act (FHA) outlawed discrimination in real estate, including for mortgage borrowers. Initially banning discrimination based on race, religion, national origin, and sex, the law was later amended to cover disabilities and family status as well.

The other key law passed in 1968, the Truth in Lending Act (TILA), required mortgage companies and other lenders to disclose the terms of their loans. The law was expanded several times to cover a range of real estate practices. In 1994, TILA was amended to include the Home Ownership and Equity Protection Act (HOEPA), which helped protect borrowers against predatory, high-cost mortgages.

The Equal Credit Opportunity Act (ECOA), another pillar of protection for borrowers, was enacted in 1974. While initially focused on banning credit discrimination against women, it has since been expanded to cover race, color, religion, national origin, age, or participation in public assistance programs.

The ECOA and FHA were applied in some of the biggest enforcement actions against discriminatory practices that occurred during the 2008 crisis. Reaching settlements with penalties of $335 million from Countrywide Financial and $175 million from Wells Fargo, the Justice Department required the banks to compensate Black and Latinx borrowers who were improperly steered into subprime loans.

In 2010, the Dodd-Frank Act, enacted in response to the crisis, put the new Consumer Financial Protection Bureau (CFPB) in charge of oversight over ECOA and TILA. The CFPB established new, detailed and clarified, disclosure requirements under TILA and, with each new presidential administration, revisits priorities, disclosures, and rules under its purview.

It’s normally very easy to get a payday loan. You can walk into a payday lender’s office and walk out with a loan. You will not have to give anything to the lender in order to secure the loan, as you would at a pawnshop. Instead, the lender will normally ask you for permission to electronically take money from your bank, credit union, or prepaid card account. Sometimes, the lender may ask you to write a
check for the repayment amount, which the lender will cash when the loan is due.

Payday loans can be expensive. Payday lenders charge very high levels of interest: as much as 780% in annual percentage rate (APR), with an average loan running at nearly 400%.

Payday lenders say that their high interest rates are misleading because if you repay your payday loan on time, you will not be charged high rates of interest. In some cases, that might be true, but 80% of payday loans are renewed multiple times, according to the Consumer Financial Protection Bureau (CFPB), indicating that the majority of these loans are not paid off on time.

Oversight of payday loans has largely been left to the states, though federal laws provide some protections for borrowers. TILA, for example, requires payday lenders—just like other financial institutions—to disclose the cost of loans to borrowers, including finance charges and the APR.

Seven states—Maine, New Mexico, Ohio, Oklahoma, Oregon, Virginia, and Washington—have imposed some measure, such as term limits, fee limits, or number of loans per borrower that provide some protection for consumers.

In 2017, the CFPB took steps to strengthen payday loan user protections, requiring payday lenders to determine during the underwriting process whether a borrower can repay the loan and restricting aggressive collection tactics by lenders for late payments. However, in July 2020, the agency revoked the mandatory “ability to repay” requirement. The CFPB has set a final implementation date for their full and updated “Payday Rule” for June 2022.

A car title loan, like an auto loan, uses your car’s title as collateral. But while an auto loan is used to help purchase the car, the money from a title loan can be used for any purpose. More important, short-term, high-interest title loans can be predatory. Lenders often target people who might have difficulty repaying the loan, which could force them to refinance at ballooning costs and potentially lose their car.

About one in five car title loan borrowers ends up having their vehicle seized, according to the Consumer Financial Protection Bureau.

Others treat them as they do pawnshops, thus the alternative term “title pawn.” In Georgia, for example, a bill has been introduced to bring title pawns—which can carry an APR of up to 300% under the state’s pawnshop regulations—under the state’s usury laws, which cap interest rates at 36%.

Can Regulations Keep Up With Technology?

The rapid growth in online and app-based lending also presents new challenges for consumer protection. The fintech sector’s share of personal loan originations doubled over four years to account for about half the market in September 2019, according to credit reporting firm Experian. And half of the revenue in payday lending is generated by online players, according to the CFPB.

Since online lenders often use a “rent-a-bank” business model, partnering with a bank to avoid state usury laws and other regulations, predatory lending tactics can be difficult to enforce, some consumer advocates argue. States have found some success in cracking down on online lenders’ predatory tactics in court, however, rules related to fintechs are constantly changing as the technology and regulatory environment innovates, adjusts, and grows.

What Is an Example of Predatory Lending?

Whenever a lender seeks to take advantage of a borrower and tie them into unfair or unmanageable loan terms, it can be considered predatory lending. Telling signs that you are a victim include aggressive solicitations, excessive borrowing costs, high prepayment penalties, big balloon payments, and being encouraged to consistently flip loans.

Is Predatory Lending a Crime?

In theory, yes. If you are enticed and misled into taking out a loan that carries higher fees than your risk profile warrants or that you are unlikely to be able to pay back, you have potentially been the victim of a crime. There are laws in place to protect consumers against predatory lending, though plenty of lenders continue to get away with it, partly because consumers don’t know their rights.

Can I Sue for Predatory Lending?

If you can prove that your lender violated local or federal laws, including the Truth in Lending Act (TILA), you may want to consider filing a lawsuit. It’s never easy going against a wealthy financial institution. However, if you have proof that this lender broke rules, you have a reasonable chance of being compensated. As a first step, contact your state consumer protection agency.

Despite decades of progress in protecting borrowers, predatory lending remains an ongoing and evolving risk. If you’re in need of money, it helps to do your homework by exploring alternative funding options, reading the small print of credit terms, and educating yourself about consumer rights and protections and the range of rates for the type of loan you seek.

The Federal Deposit Insurance Corporation (FDIC) has tips on how mortgage borrowers can protect themselves and the CFPB has advice on payday loans and how to avoid scams.

3 Penny Stocks That Will Be Big Winners in 2023
Stock Trading Mistake: When You Are Right, But Still Lose
Directional Vertical Strategy with Protection from a Shorter Duration Vertical (Members Preview)
436 TIP. Is the Buffett Partnership Strategy Still Applicable Today? w/ Zack Oliva
My Stock Dropped Over -20% – What Should I Do?